The beginning was a cautious one with small blinds, but as if at the turn the six participants were expected by Claudiu Pană who won. Pana won the online qualifying tournament and about $ 1,000. Among the participants at this evening's table he had the best live results, and he was the favorite considering that the heads-up game variant is a difficult format, respectively it requires hand-to-hand concentration. 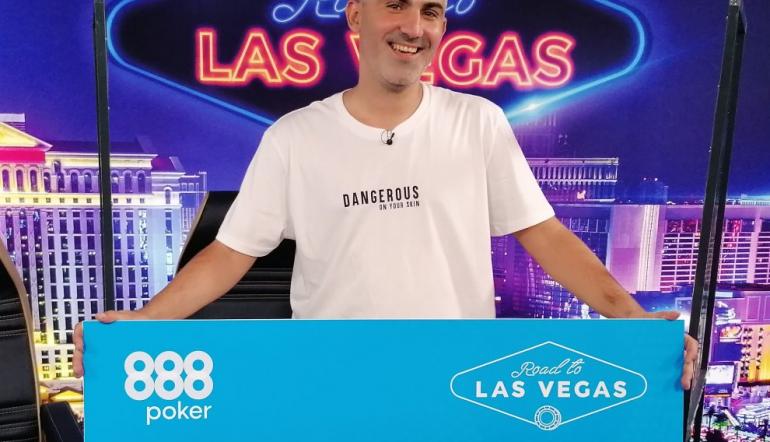 The beginning was a cautious one with small blinds, but as if at the turn the six participants were expected by Claudiu Pană who won. Pana won the online qualifying tournament and about $ 1,000. Among the participants at this evening's table he had the best live results, and he was the favorite considering that the heads-up game variant is a difficult format, respectively it requires hand-to-hand concentration. Until he played in the national Pokerfest circuit where he obtained 3 results, he entered the money 3 times, winning once and the second place thus winning the amount of 7350 euros. Oltean is said to be a clear favorite when it comes to heads-up, but it would be a long way to go. 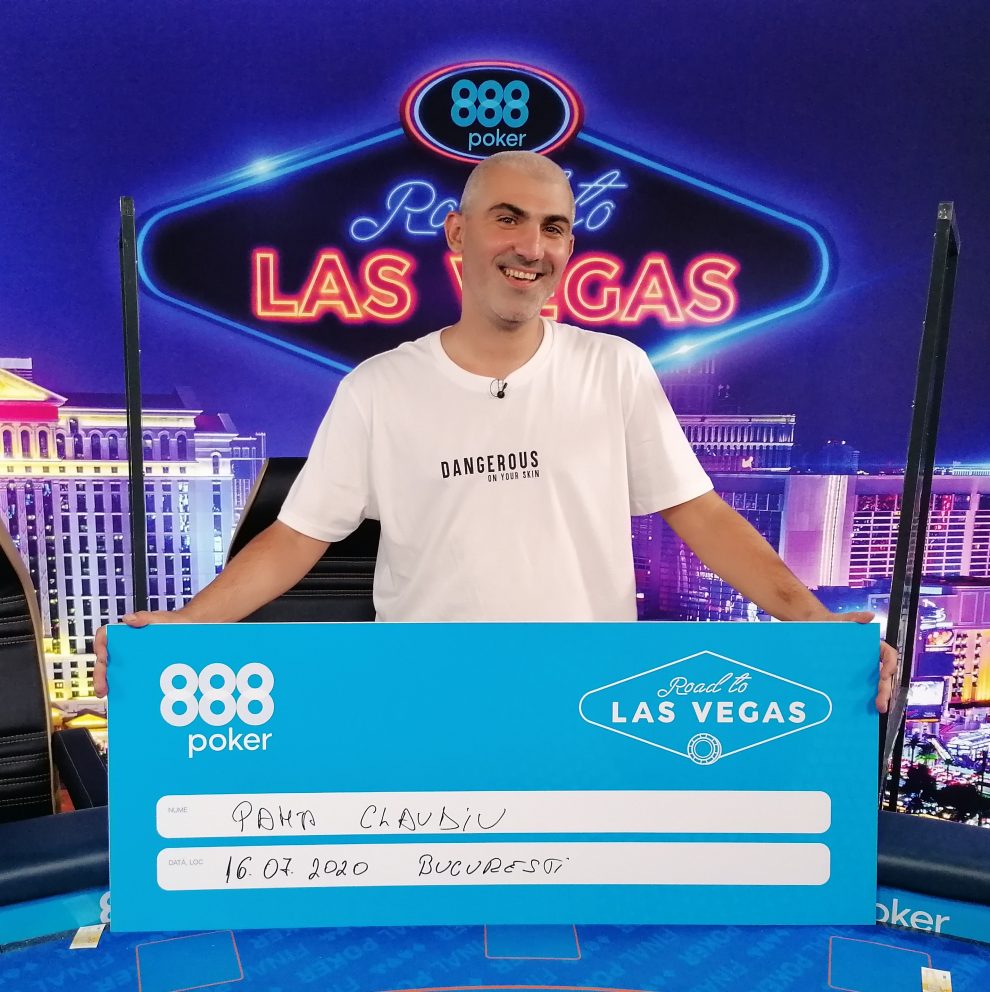 A special presence was due to Claudia Pavel, who was the first to leave the table, which allowed her to enter the microphone in the commentators' booth, thus having enough time to put on the wallpaper her life and experience of the last years spent. in the USA. Claudia Pavel aka Cream, is 36 years old and is originally from Mangalia - she took the fourth position at the table, passed over 100 blinds and it seems that she also knows Greek and a little Turkish, after Romanian and English. He made a mistake right at the beginning giving a fold even though he was colored and was in a comfortable position. Is it possible that he didn't realize it? Moment when Claudia was warned by Sorin Constantinescu for the elementary mistake she made. He managed to last about an hour and a quarter when everything became a susage party.

The next two participants leaving the table

Ionuț Popa from Craiova, position 3 at the table, a player used to flop on big blinds, avoided from the start an open confrontation with his opponents and maybe this cost the 35-year-old player, eliminated by Claudiu Pană, who made a first victim tonight just about 12 minutes before the break. Popa came out on an all in call, in the absence of a club there was a split, but neither the pope nor the eighth appeared, the fate of Ionuț Popa was sealed.

Adrian Georgescu is 43 years old and is from Giurgiu. He played from position 7 and commutes daily for 3 hours from Giurgiu to Bucharest. Working in logistics, he learned all about Jocuri de poker during the shuttle. He lit up for the game of poker 13 years ago when he managed to win a $ 530 satellite by investing only one. Adrian prefers a more recreational approach to the game. He was given a black suit just when he needed it to avoid going out. He finally leaves the 3rd table, makes his cards and plays his hands as they see fit. Denis Nicolae gave him a risky call after a little bad beat and Adrian was out of the game.

Anatoli Halca, a player known nationally through Pokerfest, is a Romanian with a Ukrainian name born in Tulcea, but who has been living in Bucharest for a long time. Halca, who is 52 years old, almost missed the podium and remained a pleasant presence of the evening. He received the fair play defeat. The second rescue in extremis did not succeed in leaving the landscape with the words: "Good evening, good luck boys, who would be luckier… that science is no longer about…!"

Denis is amazed after all

Denis Nicolae, who made his junior football career at Fenerbahce Istanbul, then returned to Romania and played in the 2nd League. He is 26 years old and was placed 2nd on the table. In our football, he played for Săgeata Năvodari and Metaloglobus, he is 1.90 m tall and his favorite position for the team with the round ball is attacking - after all, his stature recommends him. In the end he needed a Lady and a two, a Valet came for Claudiu Pană and Denis leaves the round. A new victim marks Pană, but Denis is left with a merit on the podium at the end.

Show down Pană vs. Paparuşca

It was in the end a victory on the edge of the knife of the 39-year-old player from Slatina, the one who started the evening on the number one position and who at the end of an exciting round and put his experience perfectly in value. Pana flaunted his class in heads-up and made his mark on this edition by defeating an old guard player. Pană, who became a professional in online heads-up, had a suitable opponent in Cătălin Paparușca from Cluj and who fought back in the game in two. Until he came across a tenacious Paparușca, who was already in top form, he warmed up a week before with an excellent third place also in Bucharest in a final as interesting as it was captivating. He managed a new online qualification by entering the somewhat mustache heads-up game, the difference at the end being an eloquent one (351. 000 versus 349,000 chips), eventually had the misfortune of losing the grand prize with a few less inspired hands, but played skillfully by his more experienced opponent and who had a good inspiration in the key moments. Cătălin Paparușca performed on the 6th position at the table and is a fan but also an active participant of the Players Poker Club from Cluj.

A Feather for Las Vegas

With a few hands before the end it was a perfect draw, but now in the end a difference of 14 blinds was created, a fairly consistent one in favor of Claudiu. End: 7s Claudiu vs. 10-6 Cătălin, 3 decari could stop the game, 11% only chances for Cătălin to win the game, runner-runner of 6s and Claudiu wins the game from the position of chip leader.

Interview with Claudiu Pană (before the start):

888poker: Hi Claudiu! What is the difference you consider between online and live?
Feather: Online you can play several tournaments, or several headsups at the same time.

888poker: At the live table tonight - do you think you have a weak point?
Feather: No!

888poker: What is your strategy?
Feather: To win!

888poker: We hold your fists, thank you!
Feather: Thank you very much.

888poker: Hi Claudia, what are you doing?
Cream: Hi my love, okay. I came to the poker night and I'm really excited because you don't do this thing every night, especially me because I'm a mom. Usually I'm at home or at the concert, but since I'm not even at the concert with this pandemic, so for me it's really a special evening.

888poker: How was the pandemic for you?
Cream: Terrible! How was it for you?

888poker: The same!
Cream: Yes it's terrible, it's horrible I don't know, I see all kinds of people on TV who are very optimistic and I see silver lining news - I haven't seen any silver lining for me I don't know, it's horror everything that happens I don't have how to see the… part, no positive part in everything that happens. It's very scary because it's scary in every way.

888poker: I know you were, you were in Vegas - how's Vegas?
Cream: It's great in Vegas if you're going to have fun, actually. If you want to live in Vegas, I personally don't think it's a very good idea, it seems like a kind of punishment to live in Vegas because it's so hot that I walked my child in the casino in a cart, I walked Noah when he was tiny but really spectacular. If you're having fun and you want a crazy weekend, nothing compares to Las Vegas, maybe Miami.

888poker: Tell me about your upcoming projects, I know they've affected you, but I guess they still…
Cream: Let's be optimistic, shall we? Yes, I didn't stop recording songs, I'm still looking for the perfect song because usually before I release a single I record at least ten songs until I choose the one I like, I composed during this period, I tried to be as how creative and productive, but art works with the soul and somehow you have to have the necessary mood so…, and I really followed these damn rules.

888poker: I see you came with a mask too!
Cream: We also came with a mask, but we really respected them because we have to be especially responsible when we are parents and we have a family and we have to protect ourselves, you know if we don't love ourselves enough, they we love them more than anything and then, it's..it`sa scary world.

888poker: Are you one of the best voices in Romania, please tell me nicely, because I grew up with your music, how many years have you been singing?
Cream: Officially for twenty years, mother: for twenty years because in 2000 I joined Candy and practically then I became known, but I've been singing since I was six. I started taking singing lessons, I went to all the light music festivals at that time - I was a festival child.

888poker: Your songs are still…, yes old songs, how do you feel when you go to a party and listen to your songs?
Cream:"That's all I do, pass, go through my head!", Which is put in both Loft and Newby, I'm just talking about festivals that I'm so sorry they don't do, because last year I received …, I didn't go to Neversea or Untold either, but I received videos from friends in which they danced from the first night on "Close my eyes", on "This summer I'm doing everything I can think of" and I'm happy that people their faces actually light up the moment they hear these old hits, in the past a hit was really a hit, because a hit was broadcast on the radio for a year, now it burns in a month, goodbye, and they are left the hits of their childhood, somehow I grew up in the eyes of the public and they have been witnesses, they have been witnesses of my whole life so far.

888poker: Although you haven't aged yet.
Cream: Yes, thank you! By no means do I feel thirty-five years old, nor are there many, it is true but because I have been in the public eye for twenty years, people…, some… just some have the feeling that I am very young and others have the feeling that , I don't know, because I'm over forty because I've known myself for a very, very long time.

888poker: We grew up with you… What are your expectations for the poker table tonight?
Cream: I expect to have fun first and foremost, to make new friends even though I don't know men are very competitive and probably if I win I might not look, I don't like it very much , but I expect to have fun for sure because it's something very special to me, which I do tonight.

888poker: We hold your fists…
Cream: Thank you! 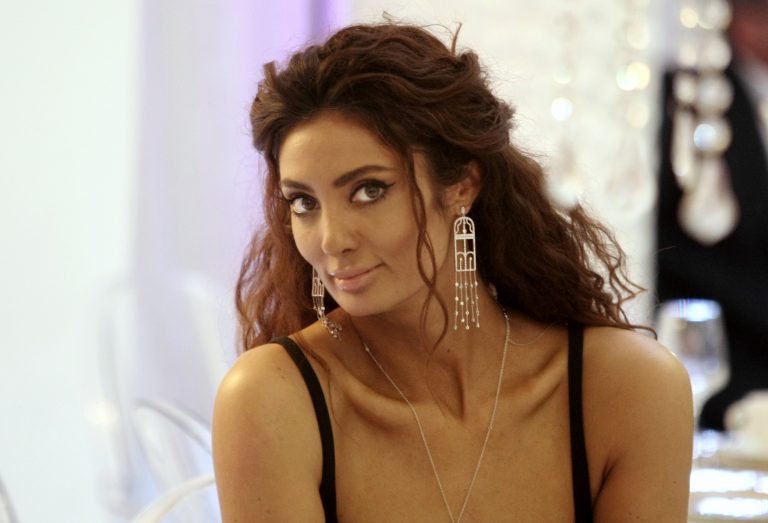 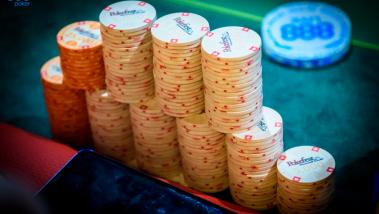 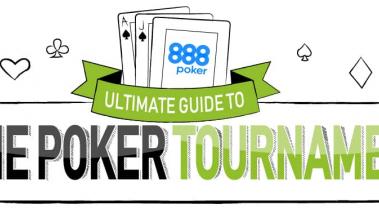 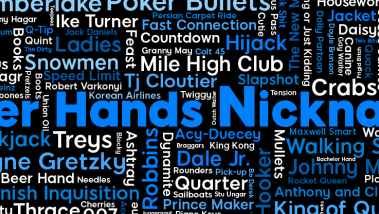 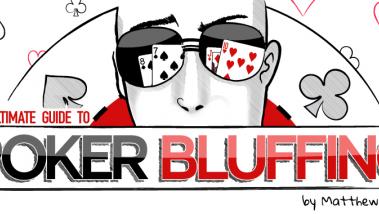 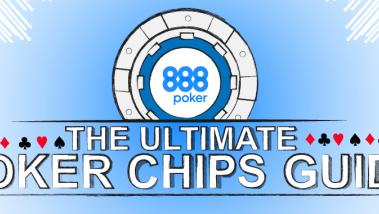 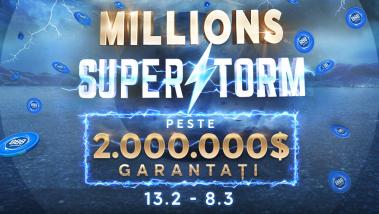 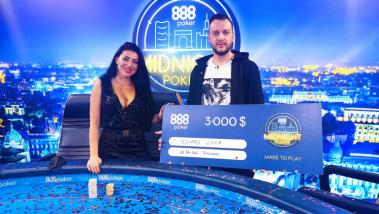 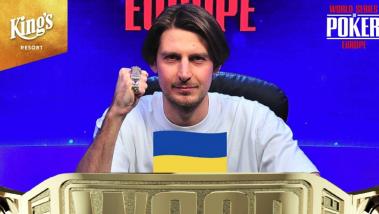 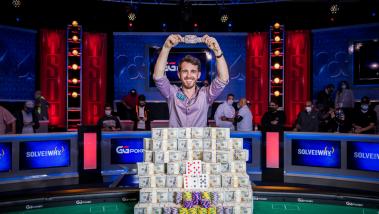